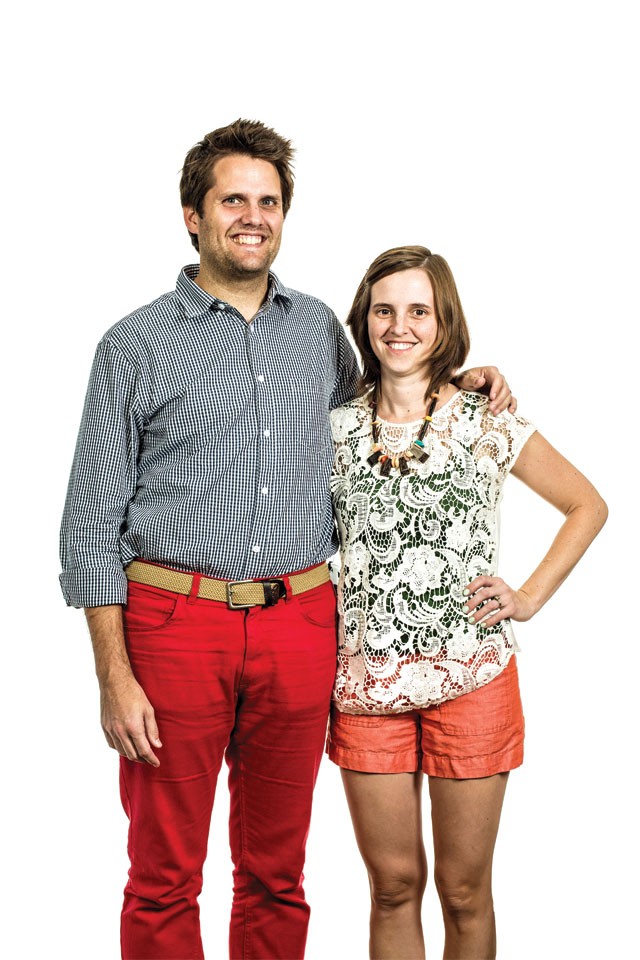 Two years ago, Nathan Clark gave his wife, Jenn, a candy thermometer for Christmas, on a whim inspired by a National Public Radio story about sweets. "It's not like he said, 'Now we're going to make marshmallows!'," Jenn says. The first candy they made was a batch of marshmallows: "Hard candy seemed … hard," Nathan says. "I mean, it's right there in the name."

Soon they realized that something they started doing for fun had the potential to be more. Eventually friends who'd tasted them started asking for marshmallows, then asking to buy marshmallows, and the Clarks saw that "the critical mass to go from hobby to business was close … it was just a matter of figuring it out and being crazy intentional about it."

The letterpressed boxes, emblazoned with an old-fashioned hot-air balloon and phrases like "Made with 100 percent sweet, magic air!" are as much a part of the appeal as the candy within, and that's by design. "What we're trying to deliver is not just food but an experience," Nathan says. "We put an inordinate amount of time and effort into [our packaging] because we do the same with our marshmallows. What better way to show you how much we care about the food we make than to show we care just as much about the packaging?"

Wondermade's brand identity, created by Philly design wizards Heads of State, contributes to the feeling of anticipation and makes the product something you might keep around in a visible spot. And the anticipation is further piqued by creative flavor profiles: honey-pear, mojito, cranberry, Guinness rolled in pretzel crumbs.

The self-described "obsessive recipe tinkerers" just moved into their own kitchen space in Sanford, and just hired their first local sales rep. Like their marshmallows, the Clarks may be full of sweetness and light, but they pack a big punch.

DAY JOB: Nathan works full time, Jenn works part time, and they have four kids. Marshmallows fill up all the spare minutes in their days. "We don't watch TV," Nathan says. "And going to sleep is quitting."

MATERIALS:
Makers of small-batch food products face the unique challenge of remaining dependable, while sourcing the highest-quality ingredients they can in smaller amounts that often shut them out of ordering from big restaurant purveyors.
"You have to be utterly consistent every time for repeat customers," Nathan says. "It's like having a friend that you never disappoint."

INDISPENSABLE TOOL:
"We're pretty committed to using Penzey's Double Strength Vanilla," Nathan says. Jenn adds that their new guillotine-style candy cutter is a big help: "We were hand-cutting [but] I'm not as meticulous as Nathan is, so some would be bigger, some smaller." Nathan adds, "Every time you buy one, we want it to be the same incredibly awesome experience."

SOLD: on their website, and at Blue Bird Bake Shop and Sassafras Sweet Shoppe. Their Guinness marshmallows are available at Redlight Redlight and Oblivion Taproom.

A-HA MOMENT:
"The first place we dropped some off was Redlight Redlight, on St. Patrick's Day," Nathan says. "The first customer of the day came in and saw them and wanted to buy them." They knew then they were on the right track.

FUTURE GOALS:
"We would like to make a million marshmallows this year."