You, Me and Everyone We Know tours as one-man band 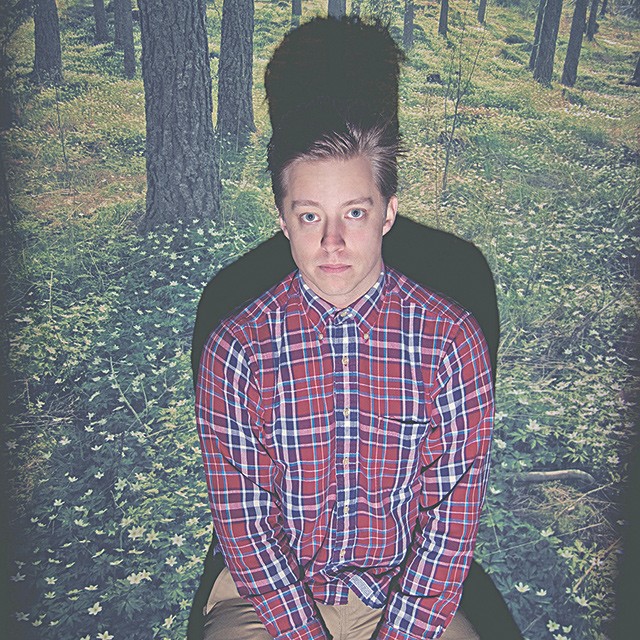 YOU, ME AND EVERYONE WE KNOW with The world is a beautiful place & I am no longer afraid to die, Dads, Pity Sex, Among Giants

Despite his latest EP’s title, I Wish More People Gave a Shit, pop punk band You, Me and Everyone We Know’s Ben Liebsch is now sober and surprisingly idealistic. Released last month, his four-song EP takes a discerning look at society with fresh awareness and brazen commentary. Liebsch confronts issues like consumerism, our carbon footprint and our patriarchal society. His one-man show brings sanguine vulnerability from stage to stage, in the noble tradition of endorsing social change through punk rock. It’s a lot of message for a little EP.

Those who follow You, Me and Everyone We Know have witnessed the many ensemble cataclysms that always seem to end with Liebsch, the sole survivor, crawling from the ruins. Liebsch displays an optimistic determination, however, regardless of the project’s piecemeal history.

Taking the stage alone for a nightly Unplugged-esque set, Liebsch addresses audiences candidly while playing YMEWK tunes in chronological order, with his new songs sprinkled in throughout the set. “I’m into the overexposure thing – telling people every aspect of my band. [My goal has been] to tell the stories people never heard of. It’s something we’ve never done before, and to try this as a sober individual and sort of rebuild what’s there as the most basic version of a band – just a singer and guitar.”

I Wish More People Gave a Shit is Liebsch’s remedy for apathy, and it resonates like a pop punk public service announcement. “The Big Mistake” bluntly summarizes all the ways we defile civilization with both national debt and indifference, while “I’d Contribute More Dead” jabs at armchair philanthropists and everyone else for their misguided (or lacking) efforts to save the world.

About the song “Better Men,” Liebsch says, “It’s the starter for every conversation that needs to occur. We need to get it into our heads that it’s not the woman’s job to prevent rape; it’s the man’s job not to rape. Rape is not the victim’s responsibility to prevent. It’ll be the death of the species – that’s what the song’s about, rape culture and the misinformation and bullshit rationalization that has to do with it.” The track is a brusque and defiant commentary about social norms, and is addressed to those in their formative years. Liebsch continues, “If I have access to the younger audience, maybe they’ll hear some things and start to question.”

He’ll be heading out on the road again by August, and come fall, the YMEWK lineup expands once more to a full band and will keep turning out EPs. Liebsch encourages fans to come on stage and play their favorite songs with him in each city he visits. He says he owes it to his following, who, by telling their friends about his band, have prodded his success by word-of-mouth in each incarnation of You, Me and Everyone We Know. He’s grateful, and for this tour, a friendly audience especially helps:

“It’s like immersion therapy where you take your big fear and shove it in your face. For me, I’m a pretty socially anxious guy sober, so it’s been interesting to be in front of people without that buffer from reality.”