Period piece is simply an excuse to play dress-up 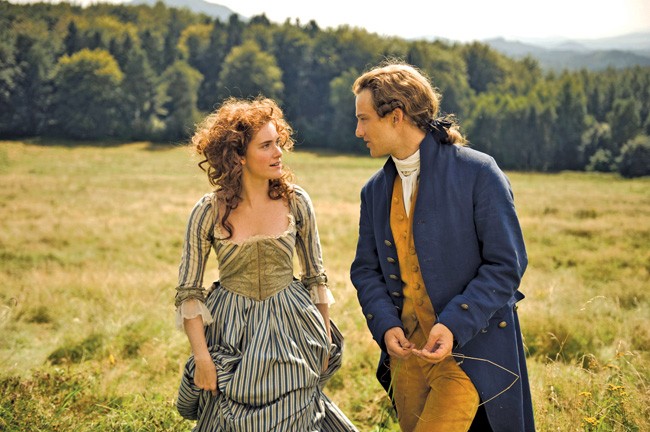 Exploiting the well-documented parallels between 18th-century author Johann Wolfgang von Goethe’s early life and his first breakthrough novel, The Sorrows of Young Werther, co-writer and director Philipp Stölzl takes Tom Stoppard’s tack – the ingenious reworking of Shakespeare’s words into Shakespeare in Love – and dumbs it down to the point where the life of Goethe (Alexander Fehling) and his paramour, Lotte (Miriam Stein), is turned into an Ashton Kutcher/Katherine Heigl rom-com vehicle with pretty dresses. Using a Cliffs Notes foundation of Goethe highlights as plot points, Stölzl fills in the rest with slapstick scenes of Goethe grinning with infatuation and riding across the countryside to be with his great love.